David Lloyd is an English former cricket player, umpire, coach and commentator, who played county cricket for Lancashire County Cricket Club and Test and One Day International cricket for the English cricket team. He also played semi-professional football for Accrington Stanley. He is known through the cricketing world as Bumble due to the ostensible similarity between his facial profile and those of the Bumblies, characters from Michael Bentine's children's television programmes.A left-handed batsman and left-arm spin bowler, he played nine Tests, with a highest score of 214 not out, and eight One Day International matches. In first-class cricket he was a successful all-rounder, scoring a career aggregate of more than 19,000 runs and taking 237 wickets. He captained his county from 1973 to 1977. Following his retirement as a player, he became a first-class umpire, and subsequently Lancashire and England cricket coach, resigning the latter post following the 1999 Cricket World Cup. He then became a renowned cricket commentator for Test Match Special, and later Sky Sports. He is also an author, journalist and columnist. In December 2021, Lloyd announced his retirement from full-time commentating. In 2022, he signed a contract with Lancashire's in-house channel LancsTV to commentate on every non-televised Vitality Blast home match and select County Championship fixtures.

On June 12, 1965, he made his first-class debut for Lancashire against Middlesex.

He was nicknamed 'Bumble' for his similarities to the Michael Bentine cartoon character Bumblies.

He and former Scottish footballer Andy Gray have both worked as commentators at Sky Sports.

David Lloyd's house and car and luxury brand in 2021 is being updated as soon as possible by in4fp.com, You can also click edit to let us know about this information. 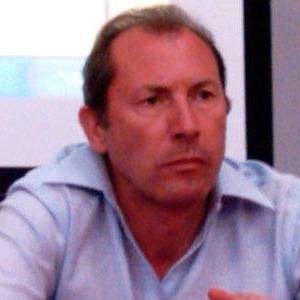