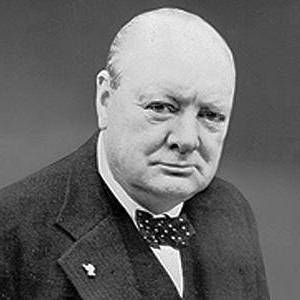 Sir Winston Leonard Spencer Churchill, was a British statesman, soldier and writer who served as Prime Minister of the United Kingdom from 1940 to 1945, during the Second World War, and again from 1951 to 1955. Apart from two years between 1922 and 1924, he was a Member of Parliament from 1900 to 1964 and represented a total of five constituencies. Ideologically an economic liberal and imperialist, he was for most of his career a member of the Conservative Party, which he led from 1940 to 1955. He was a member of the Liberal Party from 1904 to 1924.

Winston Churchill was the Prime Minister of the United Kingdom from 1940 to 1945 and again from 1951 to 1955. A multi-faceted man, he was also an officer in the British Army, a writer and a historian. As a young army man he witnessed action in the Anglo“Sudan War and the Second Boer War, and received much praise for his work as a war correspondent. Born as the son of a prominent politician hailing from an aristocratic family, he grew up to be a rebellious boy who hated formal education and did poorly in school. As a young man he embarked on a military career and visited several countries including India, Cuba and Egypt where he witnessed bloody battles and was even imprisoned. He served as both soldier and journalist, and was greatly appreciated for his work as a war correspondent. Eventually he left the army and ventured into politics where he enjoyed even greater success. Intelligent and charismatic, he proved to be a popular politician and held many political and cabinet positions. He became the Prime Minister during a highly tumultuous period in history when the World War II was in full swing. He managed the political affairs with great tact and successfully led Britain as Prime Minister until victory over Nazi Germany had been secured. In recognition of all that he had done for the nation, he is widely counted amongst the most influential people in British history.

His mother, Jennie Jerome, was a popular American socialite. He married Clementine Hozier on September 12, 1908 and they had five children together.

He developed a lisp and stutter and spent a lot of time away from his parents while growing incredibly close to his nanny.

He joined the British Army as a Major with the 2nd Battalion, Grenadier Guards before being elected to the seat of Oldham at the 1900 general Parliament election. 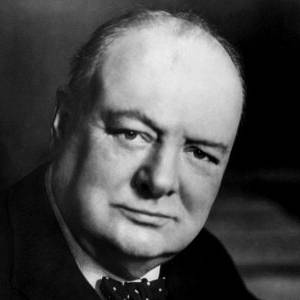