Isaias Afwerki is an Eritrean political leader and partisan who has been the president of Eritrea since shortly after he led the Eritrean People's Liberation Front to victory in May 1991, ending the 30-year-old war for independence from Ethiopia.Isaias is the chairperson of Eritrea's sole legal political party, the People's Front for Democracy and Justice .

World leader who led the Eritrean People's Liberation Front and became the first President of the State of Eritrea in 1991.

He married Saba Haile and they have two sons and a daughter.

In 1965, he graduated from Prince Makonnen High School.

He became President of the National Assembly in 1993.

He was friends with Meles Zenawi during the war for independence.

Isaias Afwerki's house and car and luxury brand in 2021 is being updated as soon as possible by in4fp.com, You can also click edit to let us know about this information. 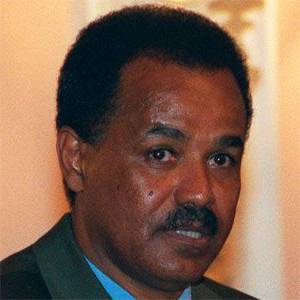