From 1948 until 1957, he was a Hall of Fame catcher for the Brooklyn Dodgers, where he was an 8-time All-Star, 3-time National League MVP, and helped the team win the World Series in 1955.

Was married three times, to Bernice Ray, Ruthe Willis, and Roxie Doles, and had five children along the way.

At the age of 16, he dropped out of school to play in the Negro League.

His baseball career was tragically cut short when a 1958 car accident left him partially paralyzed.

Information about His net worth in 2021 is being updated as soon as possible by infofamouspeople.com, You can also click edit to tell us what the Net Worth of the Roy Campanella is

Along with Jackie Robinson , he was one of the first black players to break the baseball color line. 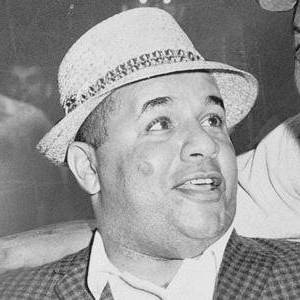