Henry Louis Aaron , nicknamed "Hammer" or "Hammerin' Hank", was an American professional baseball right fielder who played 23 seasons in Major League Baseball , from 1954 through 1976. Widely regarded as one of the greatest baseball players in history, he spent 21 seasons with the Milwaukee/Atlanta Braves in the National League and two seasons with the Milwaukee Brewers in the American League .

Hand's journey from rags to riches Aaron, a retired baseball player from the United States, is truly extraordinary and motivating. Aaron, who was born into a poor household, had to work various odd jobs to help maintain his family. He had made up his mind about baseball from an early age, with little interest in schoolwork and a passion for athletics. As a result, when chance knocked, he pounced and never looked back. His African-American background, on the other hand, was always an impediment. Being an African-American in the major leagues was not well received, and he was frequently threatened with grave repercussions. His fearless attitude and unwavering enthusiasm for the game, on the other hand, kept him going and propelled him to the top of the success ladder. He quickly established himself in major league baseball and set new marks. Following an illustrious career, he was decorated with several accolades and medals, as well as induction into the Baseball Hall of Fame. Despite being born and reared in a poor and racist environment, Aaron was never truly hampered by these difficulties. He had his sights set on being a baseball legend from the start, and he overcame every obstacle that stood in his way.

He married Barbara Lucas on October 6, 1953. After they divorced, he married Billye Aaron in 1973. He has six children: Ceci, Gary, Lary, Dorinda, Gaile, and Hank Jr.

He led his high school team to two straight Mobile Negro High School Championships after learning to play by striking bottle caps with sticks he grabbed on the street.

He turned down several college football scholarships so that he could try out for professional baseball.

Although Barry Bonds would hit his 756th career home run in 2007, and finish his career with 762, his claim to the all-time home run record has been marred by the steroid allegations that surrounded his career. 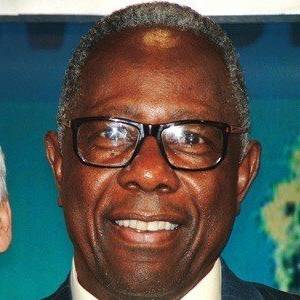