Barry Lamar Bonds (born July 24, 1964) is an American former professional baseball left fielder who played 22 seasons in Major League Baseball (MLB). Bonds was a member of the Pittsburgh Pirates from 1986 to 1992 and the San Francisco Giants from 1993 to 2007. He is considered to be one of the greatest baseball players of all time.Recognized as an all-around player, Bonds received a record seven NL MVP awards and 12 Silver Slugger awards, along with 14 All-Star selections. He holds many MLB hitting records, including most career home runs (762), most home runs in a single season (73, set in 2001), and most career walks. Bonds led MLB in on-base plus slugging six times and placed within the top five hitters in 12 of his 17 qualifying seasons. For his defensive play in the outfield, he won eight Gold Glove awards. He also stole 514 bases, becoming the first and only MLB player to date with at least 500 home runs and 500 stolen bases. Bonds is ranked second in career Wins Above Replacement among all major league position players by both Fangraphs and Baseball-Reference.com, behind only Babe Ruth.Despite his accolades, Bonds led a controversial career, notably as a central figure in baseball's steroids scandal. He was indicted in 2007 on charges of perjury and obstruction of justice for allegedly lying to a grand jury during the federal government's investigation of BALCO, a manufacturer of an undetectable steroid. After the perjury charges were dropped, Bonds was convicted of obstruction of justice in 2011, but the conviction was overturned in 2015. During his 10 years of eligibility, he did not receive the 75% of the vote needed to be elected to the National Baseball Hall of Fame. Some voters of the Baseball Writers' Association of America (BBWAA) stated they did not vote for Bonds because they believe he used performance-enhancing drugs.

Born in a family with baseball sporting history, it was inevitable for Barry Bonds to take up the same. It can be convincingly said that baseball ran in his bloods, with his father and godfather being legendary players in their own right. A child prodigy, Bonds took to the game as early as his high school years and launched himself professionally in 1986 with the Pittsburgh Pirates. No sooner than in 1993, he switched to San Francisco Giants, a team for which his father and godfather played. In his a little over two decades of career, Bonds became a player of international repute. At the time of retirement, he had 14 times achieved the All Star status and was a winner of 8 Golden Gloves. Additionally, he had several records to his credit including most career home runs at 762, most home runs in a single season at 73, most career walks in 2,558, and most career intentional walks 688. Games apart, he made his debut as an actor making a cameo appearance in the baseball film ˜Rookie of the Year'. To know more about his life, childhood and profile in details, read through this biography.

He graduated from Arizona State University with a degree in criminology.

He was put on trial for the alleged use of anabolic steroids and many consider his MLB records to be illegitimate.

Barry Bonds's estimated Net Worth, Salary, Income, Cars, Lifestyles & many more details have been updated below. Let's check, How Rich is He in 2021-2022? According to Forbes, Wikipedia, IMDB, and other reputable online sources, Barry Bonds has an estimated net worth of $100 Million at the age of 57 years old in year 2022. He has earned most of his wealth from his thriving career as a Baseball player, Athlete, Actor from United States. It is possible that He makes money from other undiscovered sources

He passed MLB Hall of Famer Hank Aaron for most career home runs in 2007.

Barry Bonds's house and car and luxury brand in 2021 is being updated as soon as possible by in4fp.com, You can also click edit to let us know about this information. 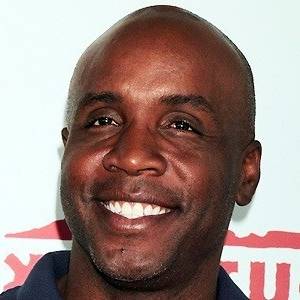