Alexander Emmanuel Rodriguez , nicknamed "A-Rod," is an American former professional baseball shortstop and third baseman, businessman and philanthropist. Rodriguez played 22 seasons in Major League Baseball for the Seattle Mariners , Texas Rangers , and New York Yankees . Rodriguez is the chairman and CEO of A-Rod Corp as well as the chairman of Presidente beer. He is part owner of the National Basketball Association's Minnesota Timberwolves.Rodriguez began his professional baseball career as one of the sport's most highly touted prospects, and is considered one of the greatest baseball players of all time. With a career .295 batting average, Rodriguez amassed over 600 home runs , over 2,000 runs batted in , over 2,000 runs scored, over 3,000 hits, and over 300 stolen bases, the only player in MLB history to achieve all of those feats. He was also a 14-time All-Star, winning three American League Most Valuable Player Awards, 10 Silver Slugger Awards, and two Gold Glove Awards. Rodríguez is also the career record holder for grand slams with 25. He signed two of the most lucrative contracts in baseball. But he also admitted using banned performance-enhancing drugs from 2001 to 2003 and was consequently suspended for the entire 2014 season.The Mariners selected Rodriguez first overall in the 1993 MLB draft, and he debuted in the major leagues the following year at the age of 18. In 1996, he became the Mariners' starting shortstop, won the major league batting title, and finished second in voting for the AL MVP Award. His combination of power, speed, and defense made him a cornerstone of the franchise, but he left the team via free agency after the 2000 season to join the Rangers. The 10-year, $252 million contract he signed was the richest in baseball history at the time. He played at a high level in his three years with Texas, highlighted by his first AL MVP Award win in 2003, but the team failed to make the playoffs during his tenure. Before the 2004 season, Rodriguez was traded to the Yankees, for whom he converted to a third baseman to accommodate their shortstop Derek Jeter. He was named AL MVP in 2005 and 2007. He opted out of his contract after the 2007 season, then signed a new 10-year, $275 million deal with the Yankees, breaking his own record for the sport's most lucrative contract. He became the youngest player to hit 500 home runs, reaching the milestone in 2007. He helped the Yankees win the 2009 World Series over the Philadelphia Phillies, w

Alexander Emmanuel "Alex" Rodriguez, famously known as "A-Rod", is an American professional baseball infielder for the New York Yankees of Major League Baseball. Before playing for Yankees, he used to play for Seattle Mariners and Texas Rangers. He was involved with baseball from a very young age and is considered as one of the best baseball players that American baseball has ever seen. With his record breaking 500 home runs, Rodriguez has put his name at the top of all-time leaders in home runs list. He has taken himself and his team to places that Major League Baseball was not prepared to deal with, becoming a powerful phenomenon in baseball. His career is full of awards, record breaking achievements and accolades but is also clouded with controversies over using performance enhancing drugs, getting involved with underground poker games, cocaine consumption, etc. He has always been the favorite topic for tabloid gossip because of his illicit sexual affairs with madams, prostitutes and exotic dancers. Recently, he has been banned from the games for 2013 and 2014 for his prominent involvement in the Biogenesis Scandal. Nonetheless, Rodriguez's aspiration to outdo greatness and define his time is yet to take his baseball career to greater heights.

He was signed by the Seattle Mariners at the age of 17 and was considered one of the most promising young prospects in major league history.

He signed a then-record 10 year, $252 million contract with the Texas Rangers in 2000. He was suspended for the entire 2014 MLB season after being implicated in Biogenesis' performance-enhancing drug scandal.

Alex Rodriguez's estimated Net Worth, Salary, Income, Cars, Lifestyles & many more details have been updated below. Let's check, How Rich is He in 2021-2022? According to Forbes, Wikipedia, IMDB, and other reputable online sources, Alex Rodriguez has an estimated net worth of $350 Million at the age of 47 years old in year 2022. He has earned most of his wealth from his thriving career as a Baseball player, Actor, Athlete from United States. It is possible that He makes money from other undiscovered sources Reliable sources show that his annual salary is about $33 Million

In September, 2010, he hit his 610th career home run, surpassing Sammy Sosa for the most home runs hit by a player of Hispanic descent.

Alex Rodriguez's house and car and luxury brand in 2021 is being updated as soon as possible by in4fp.com, You can also click edit to let us know about this information. 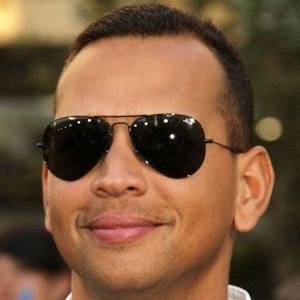