Yankees slugger who won the American League MVP award in 1960 and 1961, and in 1961 defeated Mickey Mantle for Babe Ruth's home run record. His 61 home runs in a season stood for 37 years until Mark McGwire broke it in 1998.

He married his high school sweetheart in 1956, and they had four children together.

He was a 7-time MLB All-Star and won 3 World Series titles with the Yankees.

Information about His net worth in 2021 is being updated as soon as possible by infofamouspeople.com, You can also click edit to tell us what the Net Worth of the Roger Maris is

He and Mickey Mantle were longtime outfield partners for the Yankees. 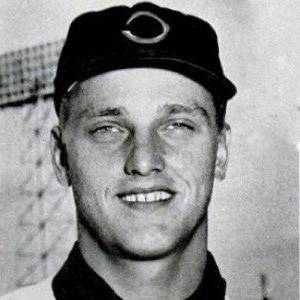