Born on August 4, 1962 (age 59) in Dayton, Ohio, United States. He is a celebrity Baseball player, Athlete, Actor. He had 4 children Koby Clemens, Kacy Austin Clemens, Kory Allen Clemens, Kody Alec Clemens. His spouse is Debra Lynn Godfrey (m. 1984). He was a Pitcher in number 21 in Boston Red Sox . He height is 6′ 4″.

11-time All-Star and legendary MLB pitcher who won a record seven Cy Young Awards. With the Boston Red Sox, he was elected American League MVP in 1986, and in his 23-year career, he had 354 wins and 4,672 strikeouts while earning a 3.12 ERA.

He had four sons, all with names beginning with a K (Koby Aaron, Kory Allen, Kacy Austin, and Kody Alec) in honor of his strikeout prowess.

He turned down professional offers after high school and instead enrolled at the University of Texas, where his number was eventually retired.

He struck out twenty batters in a single game on two occasions during his career.

Information about His net worth in 2021 is being updated as soon as possible by infofamouspeople.com, You can also click edit to tell us what the Net Worth of the Roger Clemens is

He and Barry Bonds both faced a slew of steroid accusations late in their careers and after retirement.

Roger Clemens's house and car and luxury brand in 2021 is being updated as soon as possible by in4fp.com, You can also click edit to let us know about this information. 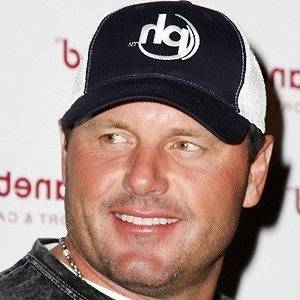