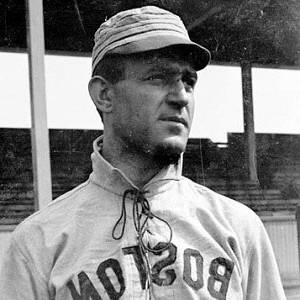 A middle infielder who played nine MLB seasons and won a World Series in 1909 while playing for the Pittsburgh Pirates and was recognized for his base-stealing prowess.

He was born in Latrobe, Pennsylvania and was of Italian descent.

He played football in the Latrobe Athletic Association, where he was a kicker and fullback.

He began his MLB career with the Philadelphia Phillies.

Shortstop Honus Wagner was his teammate on the Pirates.