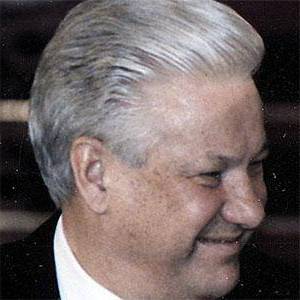 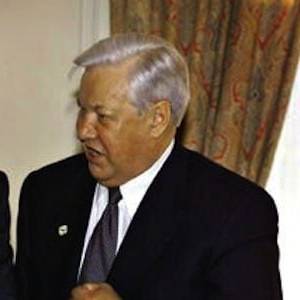 Boris Nikolayevich Yeltsin was a Russian and Soviet politician who served as the first president of Russia from 1991 to 1999. He was a member of the Communist Party of the Soviet Union from 1961 to 1990. He later stood as a political independent, during which time he was viewed as being ideologically aligned with liberalism and Russian nationalism.

He is popularly remembered as the first President of the Russian Federation who served from 1991 until 1999. Boris Yeltsin was a prominent Russian politician who guided Russia through the stormy decade of the 1990s. Interestingly, his political career began as a staunch supporter of Mikhail Gorbachev, assisting the latter in eradicating corruption from the Moscow party organization. However with time, he became one of Gorbachev's most powerful political opponents, criticizing the slow pace of the reforms brought about by Gorbachev. No sooner the tables of his political fortune turned as he was demoted to an administrative office. Nevertheless, not the one to succumb down, he soon returned to the heat of the politics after being elected as the chairman of the Russian Supreme Soviet and the rest as they say is history. He became the first elected President of Russian Federation in 1991 and was re-elected to the post in 1996. During his rule as the President, he sought to bring about radical changes in the Russia's social and economic policies by liberalization and privatization. However his reformative policy backfired as corruption, inflation, economic collapse and enormous political and social problems became rampant. Not the one to hold on to power, he stepped down at the brink of the new century for new leaders to take charge of the country. To know more about his life, scroll further.

He married Naina Yeltsina in 1956, and the couple have two daughters together.

He enjoyed skiing, boxing and gymnastics.

On December 31st 1999 he went on television and, in a surprise announcement, resigned from office and apologized to the Russian people for the mistakes he had made.

He was Russia's President for nine years until 2000 when Vladimir Putin was named as his successor. 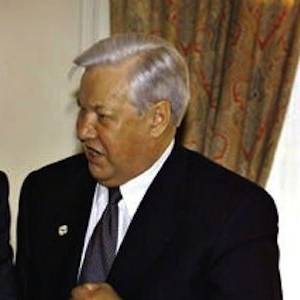