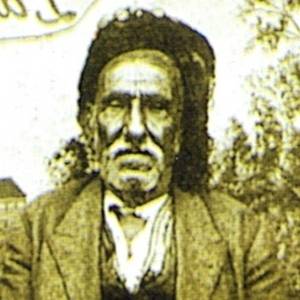 He claimed to be one of the oldest people to have ever lived and was known as the "Eighth Wonder of the World" when touring with circus audiences. There aren't many verifiable or written information about his life and longevity. He lived in what is now known as Turkey and spent the majority of his life working in construction before moving on to work as a porter and janitor. Zaro lived in obscurity until the 1930s, when it was speculated that he would break the record for the longest life lived after hearing his strange tales of his life's adventures and interactions with famous people. As a result, he gained prominence as he started to promote himself as the oldest person ever recorded at the turn of the century. He performed as a carnival act while touring the country. His assertions are regarded as a lifespan myth because there is so little proof to back them up.

Very little clear information is available regarding his family life. There are varying claims about the number of wives and children he fathered throughout his life.

He certainly lived a long life; he was born in a village that was a part of the independent Kurdish emirate known as Bitlis inside the Ottoman Empire. However, even after his passing, there was still much disagreement about how long that lifespan was. He had a piece of paper that he said was his birth certificate, but it was never confirmed. It is said that he was born sometime between 1774 and 1777. According to his Turkish birth certificate, he was 157 years old when he passed away on June 29, 1934. When his body was swiftly transported to the US for an autopsy, the findings revealed that the age range given on the certificate was untrue. According to a report published in 1939 by Walter Bowerman, there is no evidence to imply that Zaro was older than 97 years old when he passed away.

Amongst some of his most bizarre claims, he claimed to have met French Emperor Napoleon Bonaparte III during the height of his power. He would tell stories of losing his teeth around the same time that Napoleon lost at Sedan which lead to Napoleon's capture and eventual banishment to Waterloo for his remaining years.

He held very traditional and convservative views, especially concerning matters of feminism and equality among the sexes. He had the honor to meet the founding father of the nation of Turkey, its first President Mustafa Kemal Ataturk, on two separate occasions. He would only regard the elected official as Sultan as well as chastise him for his progressive policies, especially when it came to the political freedom of and suffrage for women.