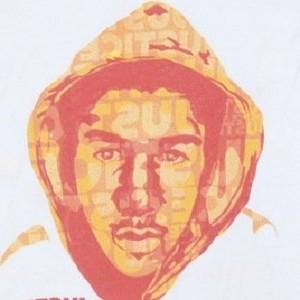 Trayvon Martin
Other
#5699
Most Popular
★ Boost

Trayvon Benjamin Martin was a 17-year-old African-American from Miami Gardens, Florida, who was fatally shot in Sanford, Florida by George Zimmerman, a 28-year-old Hispanic American. Martin had accompanied his father to visit his father's fiancée at her townhouse at The Retreat at Twin Lakes in Sanford. On the evening of February 26, Martin was walking back to the fiancée's house from a nearby convenience store. Zimmerman, a member of the community watch, saw Martin and reported him to the Sanford Police as suspicious. Several minutes later, an altercation happened and Zimmerman fatally shot Martin in the chest.

Trayvon Martin was a seventeen year old American teenager who was shot dead by George Zimmerman. The murder of Trayvon was highly publicized by the media, owing to the racial layer attached to it. Martin was an athletic, bright young man who was aiming for a future in the aviation industry and wanted to become a pilot. He had no criminal record. He was unarmed when he was shot by a neighborhood watch member George Zimmerman. Following the trial, Zimmerman was released from prison sometime later, which gave rise to a heated debate over racial profiling and discrimination. The increasing pressure from all sides forced the police to arrest George, who was tried for murder. He was ultimately declared not guilty. On July 13, 2013, he was charged of second-degree murder, while in his defense, George said that the murder was an act of self- defense. The case brought out the racial intolerance that the US has been a victim of for a very long time. Many celebrities raised their voices in support of the victim's parents. Several petitions were started, which led to President Obama personally intervening into the matter.

His parents, Tracy Martin and Sybrina Fulton, were shattered by his death.

He was suspended by his high school in Miami for having the residue of marijuana in his backpack.

Many talk show hosts, including Piers Morgan, instigated discussion and division after the incident occurred in 2012.

Many people believed his trial would polarize the nation, much as Rodney King's trial did back in 1993; but even with the acquittal of his killer, things remained calm--although President Obama spoke out against the verdict.

● Trayvon Martin was born on February 5, 1995 (age 17) in Miami, Florida, United States ● He is a celebrity other ● He died on February 26, 2012, Sanford, FL● The parents of Trayvon Martin are Sybrina Fulton, Tracy Martin● Trayvon Martin has 3 siblings in His family: Demetrius Martin, Jahavaris Fulton, Takira Martin● His height is 5′ 11″