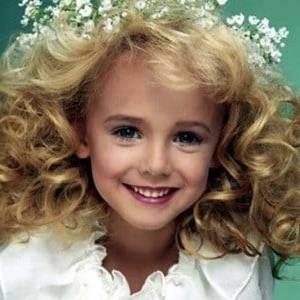 JonBenet Ramsey
Other
#1519
Most Popular
★ Boost

JonBenet Ramsey was born on August 6, 1990 (age 6) in Atlanta, Georgia, United States. She is a celebrity other.

Patsy and John Ramsey had a daughter named JonBenet Ramsey. Her mother was a former Miss West Virginia and her father was a multi-millionaire businessman. Her parents raised her in Boulder, Colorado, in wealth and comfort. She was a gregarious young lady who had won several pageants as a child. Her mother discovered a ransom note one morning when she was six years old and immediately reported it to the police. Her father discovered her body in the basement of the house with a cracked skull that afternoon. She'd been assaulted sexually and strangled with a garrotte. Asphyxia by strangling associated with craniocerebral trauma was the official cause of death, which was classed as homicide. During the first inquiry, the police made multiple errors that jeopardized the case's evidence. Despite various clues that her parents were involved in the case, no definitive evidence could be found. The DNA study did not implicate the immediate relatives, according to the District Attorney. Her parents moved to Atlanta, Georgia, when the case was dropped, to avoid the media spotlight. Her father wrote a book called "The Death of Innocence," which is a chronicle of the family's experience. He claimed that the family's turmoil caused him to lose all of his earnings. The case remains unsolved to this day.

Her parents were Patricia and John Ramsey . She had a brother named Burke.

She had previously competed in scores of child beauty pageants and had rock climbing and violin lessons by the age of six.

She was a kindergarten student at High Peaks Elementary School at the time of her death.

Her kidnapping and murder case has been compared to that of Elizabeth Smart .

● JonBenet Ramsey was born on August 6, 1990 (age 6) in Atlanta, Georgia, United States ● She is a celebrity other 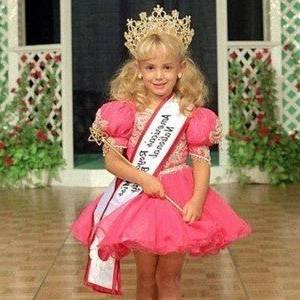