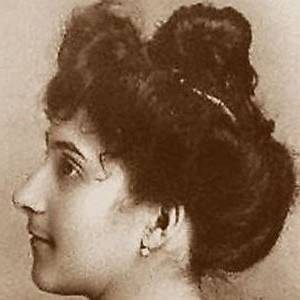 Some fact of Jeanne Calment

Jeanne Calment was born on February 21, 1875 (age 122) in Arles, France. She is a celebrity supercentenarian. Her successful album is Maîtresse du temps. Her popular songs are Historycalment, La Farandole de Jeanne and Transcalment. She died on August 4, 1997, Arles, France.

Jeanne Calment was a French supercentenarian who had the longest confirmed lifespan in human history. She lived for 122 years and 164 days before she passed away in 1997. She was born in Arles, France, and spent her entire life there. She witnessed the deaths of her daughter and her grandson. On January 11, 1988, at the age of 112, she was confirmed as the oldest-living person. This was a hundred years after she had encountered the famous painter Vincent Van Gogh who had visited her father's shop in 1888. In 1995, she was officially confirmed as the oldest-living person on the planet ever. She once stated on a TV show that she had never fallen ill in her life. When asked about the secret behind her longevity, she said that there was no secret behind it and that she just ate healthy and exercised every day. She became deaf and blind shortly before her death in 1997. She had become a celebrity by then. There were several speculations about her longevity, but there was no concrete fact. She also stated that longevity ran in her family, as both her parents had also lived close to hundred years. Her case is still a medical marvel that has fascinated researchers from all over the world.

She met Vincent Van Gogh at age 13 and found him to be "Dirty, badly dressed, and disagreeable."

She credited her extraordinary longevity to olive oil, which she used generously on her food and skin as well as a diet of port wine and about 1kg of chocolate a week.

Information about Jeanne Calment’s net worth in 2021 is being updated as soon as possible by infofamouspeople.com, You can also click edit to tell us what the Net Worth of the Jeanne Calment is

● Jeanne Calment was born on February 21, 1875 (age 122) in Arles, France ● She is a celebrity supercentenarian ● Her successful album is Maîtresse du temps● Her popular songs are Historycalment, La Farandole de Jeanne and Transcalment ● She died on August 4, 1997, Arles, France