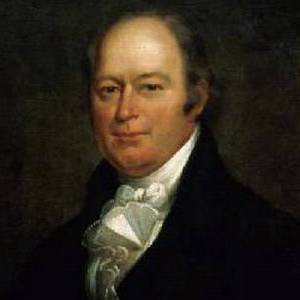 William Johnson Jr. was an American attorney, state legislator, and jurist who served as an Associate Justice of the Supreme Court of the United States from 1804 until his death in 1834. When he was 32 years old, Johnson was appointed to the Supreme Court by President Thomas Jefferson. He was the first Jeffersonian Republican member of the Court as well as the second Justice from the state of South Carolina. During his tenure, Johnson restored the act of delivering seriatim opinions. He wrote about half of the dissents during the Marshall Court, leading historians to nickname him the "first dissenter".

From 1804 until 1834, he was an associate justice of the United States Supreme Court.

In 1790, he received his bachelor's degree from Princeton University.

He was known for having a very independent mind on the Court.

He was nominated to the Supreme Court by President Thomas Jefferson .

● William Johnson was born on December 27, 1771 (age 62) in South Carolina, United States ● He is a celebrity supreme court justice