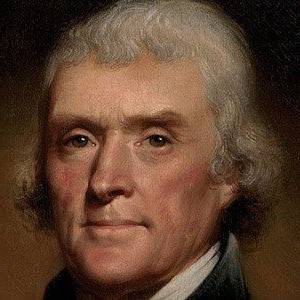 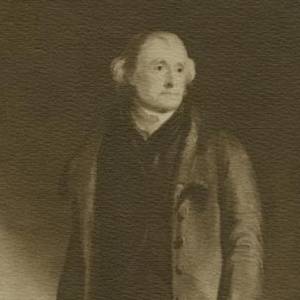 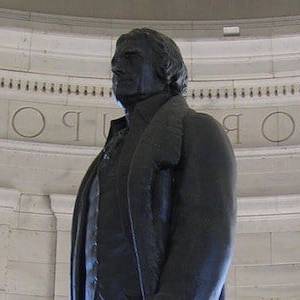 Thomas Jefferson was an American statesman, diplomat, lawyer, architect, philosopher, and Founding Father who served as the 3rd president of the United States from 1801 to 1809. He was previously the second vice president of the United States under John Adams and the first United States secretary of state under George Washington. The principal author of the Declaration of Independence, Jefferson was a proponent of democracy, republicanism, and individual rights, motivating American colonists to break from the Kingdom of Great Britain and form a new nation; he produced formative documents and decisions at both the state and national levels.

Thomas Jefferson was a major political leader and the third president of the United States serving from 1801 to 1809. He was also a co-founder and leader of the Democratic Republic Party, the wartime Governor of Virginia (1779-1781) and author the book Virginia Statute for Religious Freedom. Before elected to the presidency, he was appointed the first United States Secretary of State during 1789-1793 and was the second Vice-president of America where he served from 1797 to 1801. In 1776, he was the main author of the Declaration of Independence and gained appreciation for his role in promoting republicanism in the United States. While in power, Jefferson fiercely supported the idea of democracy and favored states rights and a limited Federal government in America, which he considered as virtues of republicanism. A man of many talents, Thomas Jefferson explored many interests and gained high opinion for his quality as a horticulturist, statesman, architect, archaeologist, inventor, and founder of the University of Virginia.

He married 23-year-old Martha Wayles Skelton, a widow, in January 1772, and the couple had six children together named Martha, Jane, Mary, Lucy, and Lucy Elizabeth.

He completed his collegiate studies at the College of William & Mary in Williamsburg in two years and earned his law degree five years later.

He sold his collection of 6,000 books to Congress after the British burned down the Library of Congress in 1814. He soon found himself at a loss without his books and began buying more. He served as the first Secretary of State under George Washington.

He and John Adams carried on a fierce rivalry during their presidencies, one that would be resolved later on in life and lead to a deep friendship. They died on July 4, 1826. 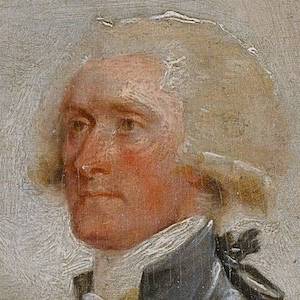