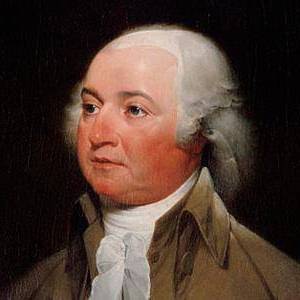 John Adams was an American statesman, attorney, diplomat, writer, and Founding Father who served as the 2nd president of the United States from 1797 to 1801. Before his presidency, he was a leader of the American Revolution that achieved independence from Great Britain and during the war, served as a diplomat in Europe. He was twice elected vice president of the United States, serving from 1789 to 1797 in a prestigious role with little power. Adams was a dedicated diarist and regularly corresponded with many important contemporaries, including his wife and adviser Abigail Adams as well as his friend and rival Thomas Jefferson.

John Adams was the second president of the United States of America and one of the country's founding fathers. He was the first vice president of the United States under President George Washington before becoming president. He was a serious and well-educated man who was well-known for his political ideas. He was a strong proponent of American independence from Britain, and he was instrumental in persuading Congress to proclaim independence, as well as assisting Thomas Jefferson in the crafting of the Declaration of Independence in 1776. He was an abolitionist and Enlightenment political thinker who was a staunch opponent of slavery. Adams climbed from humble origins as the son of a farmer and cobbler to acquire an education from a top institution and become a competent lawyer. He became interested in the patriot cause and led the American struggle for independence from Great Britain from an early age, believing in the goal of freedom for everyone. He also became involved in politics, serving as President Washington's first vice president in 1789 before replacing him as President of the United States in 1797. His accomplishments as president, while mostly unnoticed at the time, have earned wider attention in recent years.

He relied heavily on his wife, Abigail , for advice and insight, and their prolific correspondence became legendary. They married on October 25, 1764, and their children were named Nabby , John Quincy , Susanna, Charles, Thomas, and Elizabeth.

His father wanted him to become a preacher, but he chose to be a lawyer instead. He rose to prominence as a vocal opponent of the Stamp Act of 1765.

He controversially defended the British soldiers who were responsible for killing five civilians in the 1770 Boston Massacre.

He served as vice president to the first president of the United States, George Washington . 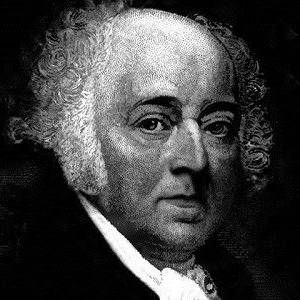