From 1862 until 1877, he was an associate justice of the United States Supreme Court.

He grew up in Cecil County with a wealthy family.

In 1835, he received his bachelor's degree from Yale University.

He wrote one of the most profound decisions in the history of the Supreme Court when he ruled that the trial of a civilian by a military tribunal was unconstitutional.

Information about His net worth in 2021 is being updated as soon as possible by infofamouspeople.com, You can also click edit to tell us what the Net Worth of the David Davis is

He was nominated to the Supreme Court by President Abraham Lincoln . 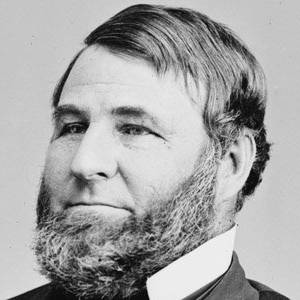