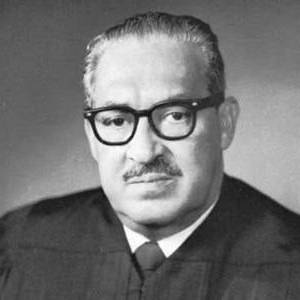 An influential lawyer who rose through ranks during his lifetime, Thurgood Marshall went on to become an Associate Justice of the United States Supreme Court, serving for more than two decades. Holding prominent offices such as Solicitor General and Judge of the United States Court of Appeals for the Second Circuit, Thurgood Marshall left an indelible impression on American judicial system. He rose from humble beginnings and through sheer brilliance and hard work; he achieved whatever he aspired for during his lifetime. In a time when racial discrimination was prevalent in American society, he went on to become the first African-American justice, fighting all odds. Apart from being the justice of the United States Supreme Court, he was instrumental in sanctioning a number of actions in the United States viz, polling privileges for African-Americans, justice system in criminal events, public education and equalizing expenditure, thus becoming the first individual to end ˜legal segregation'. He has been the proud recipient of a number of awards and certifications for his outstanding contribution to the field of civil rights.

His second marriage, to Cecilia Suyat, produced two sons. He had previously been married to Vivien Burey.

He attended Lincoln University in Pennsylvania, where he was a classmate of the famed Harlem Renaissance poet Langston Hughes.

He graduated from the Howard University School of Law in 1933.

Under the administration of President John F. Kennedy, Marshall served as a Judge for the United States Court of Appeals for the Second Circuit. 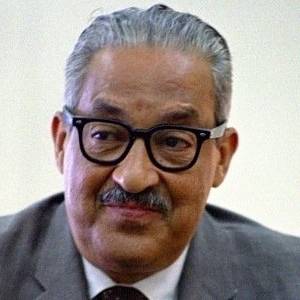