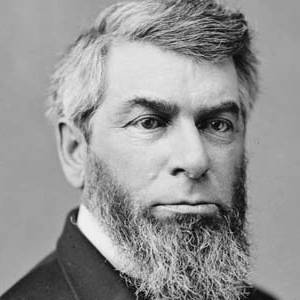 Morrison Remick "Mott" Waite was an attorney, judge, and politician from Ohio. He served as the seventh chief justice of the United States from 1874 until his death in 1888. During his tenure, the Waite Court took a narrow interpretation of federal authority related to laws and amendments that were enacted during the Reconstruction Era to expand the rights of freedmen and protect them from attacks by white-supremacy groups such as the Ku Klux Klan.

He married Amelia Warner in 1840. The couple had four children together.

In 1837, he received his bachelor's degree from Yale University.

He was an advocate for the education of black individuals in the South.

He was nominated as a Chief Justice by President Ulysses S. Grant .

● Morrison Waite was born on November 29, 1816 (age 71) in Lyme, Connecticut, United States ● He is a celebrity supreme court justice ● His popular books are Addresses at the Unveiling of the Joseph Henry Statue - At Washington, D.C., April 19, 1883● He attended Yale University, Yale College● He died on March 23, 1888, Washington, D.C