Ruby Nell Bridges Hall (born September 8, 1954) is an American civil rights activist. She was the first African-American child to desegregate the all-white William Frantz Elementary School in Louisiana during the New Orleans school desegregation crisis on November 14, 1960. She is the subject of a 1964 painting, The Problem We All Live With by Norman Rockwell.

She was a teenager. She was pure and nice. And she had no idea what that tiny move would mean to her community in the years to come. She opened the path for the unification of two entirely different races and groups as a young intelligent student who successfully cleared the aptitude exam to qualify for entrance into a superior educational institution. She became a popular figure at the age of six when she entered and desegregated an all-white school. She had no idea that her eagerness to study at a new college would make a significant difference in the lives of colored Americans, who assumed African-Americans were incapable of walking shoulder to shoulder with them. Her struggle and perseverance, on the other hand, enabled her overcome all barriers and finish her education. The trials and obstacles she faced in her early days have been depicted in several novels, paintings, and films. Through her organization, she has been battling and trying to change the lives of African-Americans and provide them with a free and liberated atmosphere by removing the dividing sickness known as racism. She is steadfast in her goal of giving equitable opportunity for children to grow and succeed.

She married to Malcolm Hall and had 3 sons by him. One died in 2005

Her struggle was the subject of the 1998 TV movie, Ruby Bridges.

She was immortalized in Norman Rockwell 's painting entitled The Problem We All live With, in 1964.

Ruby Bridges's house and car and luxury brand in 2021 is being updated as soon as possible by in4fp.com, You can also click edit to let us know about this information. 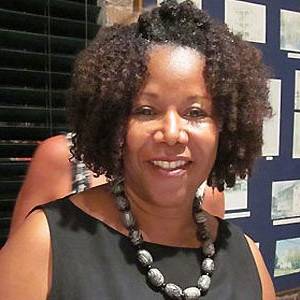