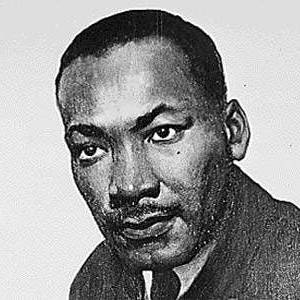 Martin Luther King Jr. was an American Baptist minister and activist who became the most visible spokesman and leader in the civil rights movement from 1955 until his assassination in 1968. An African American church leader and the son of early civil rights activist and minister Martin Luther King Sr., King advanced civil rights for people of color in the United States through nonviolence and civil disobedience. Inspired by his Christian beliefs and the nonviolent activism of Mahatma Gandhi, he led targeted, nonviolent resistance against Jim Crow laws and other forms of discrimination.

Martin Luther King Jr. was an important figure in the African-American Civil Rights Movement. While fighting injustice against African-Americans, he avoided violence as much as possible. His theories were based on Christian teachings, but he looked to Mahatma Gandhi's nonviolent campaign for operational skills. Montgomery Bus Boycott was his first significant effort. It not only resulted in the repeal of racial segregation on Montgomery's public transportation system, but it also elevated Martin Luther King Jr. to a national icon and the civil rights movement's most outspoken speaker. He went on to lead a number of other peaceful campaigns and provide a number of motivational speeches. Later, he broadened the scope of his campaign and began pushing for equal pay for equal work. One of his campaigns was the 'March to Washington for Jobs and Freedom.' He was arrested twenty-nine times in his brief life. He wished that one day, everyone will be assessed on their abilities rather than their skin color. At the age of 39, he was killed by a white fanatic's bullet.

He married Coretta Scott on June 18, 1953 in Heiberger, Alabama. He had two sons, Dexter and Martin III , and two daughters, Yolanda and Bernice .

He became the pastor of Dexter Avenue Baptist Church in Alabama when he was 25 years old.

He helped found the Southern Christian Leadership Conference and he led the 1955 Montgomery Bus Boycott, which helped end racial segregation on the public transit systems.

He traveled to India in April 1959 after being inspired by the nonviolent protests of Mahatma Gandhi .

Voice of America - 8 years ago 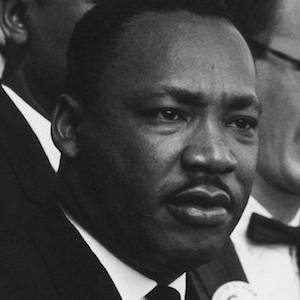