Alfred Charles Sharpton Jr. (born October 3, 1954) is an American civil rights activist, Baptist minister, talk show host and politician. Sharpton is the founder of the National Action Network. In 2004, he was a candidate for the Democratic nomination for the U.S. presidential election. He hosts his own radio talk show, Keepin' It Real, and he makes frequent appearances on cable news television. In 2011, he was named the host of MSNBC's PoliticsNation, a nightly talk show. In 2015, the program was shifted to Sunday mornings.

He is a well-known civil rights activist and preacher in the African-American community. He has also served as a White House adviser, advising both Bill Clinton and Barack Obama.

His father left his mother for her half-sister in 1963, forcing her to become a single mother. He was married to Kathy Jordan from 1980 to 2004. He has two daughters named Ashley and Dominique.

He attended Brooklyn College for two years before dropping out. He went on to oversee James Brown's tour.

He ran for Senate, then attempted to run for President in 2004.

In 2007 he was engaged in a public feud with atheist writer Christopher Hitchens in defense of his Christian beliefs.

Al Sharpton's house and car and luxury brand in 2021 is being updated as soon as possible by in4fp.com, You can also click edit to let us know about this information. 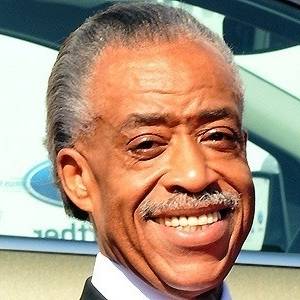