From 1964 until 1977, he was the president of the National Association for the Advancement of Colored People (NAACP).

He lived with his wife Aminda Badeau.

While at the University of Minnesota, where he earned a sociology degree in 1923, he was a member of the Omega Psi Phi fraternity.

He was awarded the Presidential Medal of Freedom for impacting the outcome of pivotal events, such as the Civil Rights Act of 1964.

Information about His net worth in 2021 is being updated as soon as possible by infofamouspeople.com, You can also click edit to tell us what the Net Worth of the Roy Wilkins is

He was criticized by Daisy Bates for his political views. 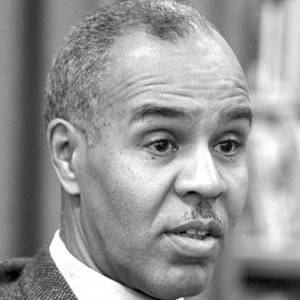