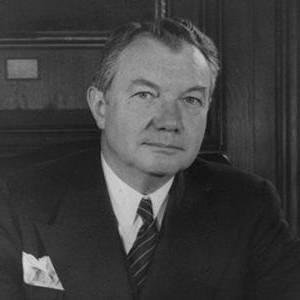 Robert Houghwout Jackson was an American lawyer, politician and judge who served as an Associate Justice of the Supreme Court of the United States. He had previously served as United States Solicitor General and United States Attorney General, and is the only person to have held all three of those offices. Jackson was also notable for his work as Chief United States Prosecutor at the Nuremberg trials of Nazi war criminals following World War II.

He married Irene Alice Gerhardt in 1916.

He discovered in high school that he was a natural debater. He never completed law school.

He was the chief U.S. prosecutor at the Nuremberg Trials.

He served as Associate Justice of the U.S. Supreme Court while Franklin D. Roosevelt was president.

● Robert H. Jackson was born on February 13, 1892 (age 62) in Spring Creek, Pennsylvania, United States ● He is a celebrity supreme court justice ● His popular book is The Supreme Court in the American System of Government● He attended Jamestown High School, Albany Law School● He died on October 9, 1954, Washington, D.C● He had 2 children William Eldred Jackson, Mary Margaret