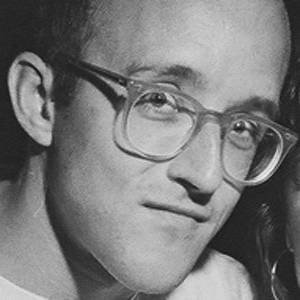 Keith Allen Haring was an American artist whose pop art emerged from the New York City graffiti subculture of the 1980s. His animated imagery has "become a widely recognized visual language". Much of his work includes sexual allusions that turned into social activism by using the images to advocate for safe sex and AIDS awareness. In addition to solo gallery exhibitions, he participated in renowned national and international group shows such as documenta in Kassel, the Whitney Biennial in New York, the São Paulo Biennial, and the Venice Biennale. The Whitney Museum held a retrospective of his art in 1997.

Keith Haring was a social activist and artist from the United States. He had a crucial part in the popularization of graffiti art. His cartoonist father taught him the fundamentals of drawing. At the Pittsburgh Art and Craft Centre, he had his first solo show. He experimented with numerous types of video and performance art while studying at the School of Visual Arts in New York. In order to improve his sketching skills, he also looked at the interconnectedness of pictures. He learned about graffiti work, a new type of art, in New York. He gradually gained acclaim for his underground art works. Art in Transit: Subway Drawings, a book including his graffiti works, was released. Simple items such as pyramids, human figures, television sets, animals, and infants were included in his graffiti works. For his many social activisms, he used graffiti. His creative contribution aided in the promotion of reading. His anti-drug painting is titled Crack Is Wack. The officials of the Bordeaux Contemporary Art Museum in France and the Stedelijk Museum in the Netherlands invited him to exhibit his work. As an AIDS victim, he spent much of his latter life working to raise awareness about the disease.

His father, Allen Haring, worked as a cartoonist. His life was commemorated by Madonna during her first New York performance of the Blond Ambition World Tour.

He left out of Pittsburgh's Ivy School of Professional Art and relocated to New York, where he began sketching dogs in subway stations using chalk figures.

He was diagnosed with AIDS in 1988 and died two years later.

He collaborated with Andy Warhol , another renowned pop artist of the time.