Roy Fox Lichtenstein was an American pop artist whose paintings, in the form of comic strips, depict the shallowness of current American culture. He paradoxically integrated mass-produced emotions through consumerism into classy references to art history and famous works of artists from bygone centuries, depicting the frivolity of today's era against the harsh contrasting background of sophisticated artistic contexts, using bright, loud colors and techniques closely related to the printing industry. One of the two most well-known names in pop art, Lichtenstein's work featured a weird mix of sarcastic wit and meticulous skill. Artists such as Allan Kaprow, Russ Heath, Edgar Degas, Irv Novick, and others influenced him throughout his career. Following his master's degree in fine arts from Ohio University, he taught painting at Rutgers University for a few years. He had a brief history of working as a draftsman in the army during World War II, which he frequently depicted in his artwork. He labored diligently, creating masterpieces of revolutionary paintings and sculptures, often working in his studio for up to 10 hours straight, yet he felt his creative output to be insignificant in the world of art.

He married Isabel Wilson in 1949. They divorced in 1967, and he married Dorothy Herzka in 1968. He had two sons named Mitchell and David.

He grew raised in New York City and spent his boyhood going to the Apollo Theater in Harlem to see jazz concerts.

He created pop art reproductions of the famous works of Cezanne , Van Gogh , Mondrian and Picasso .

Information about His net worth in 2021 is being updated as soon as possible by infofamouspeople.com, You can also click edit to tell us what the Net Worth of the Roy Lichtenstein is

He and Andy Warhol were both influential in the new art movement, as were Jasper Johns and James Rosenquist . 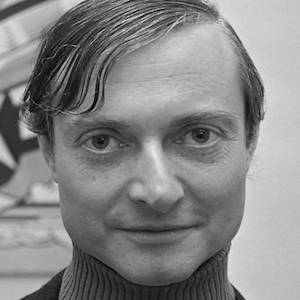