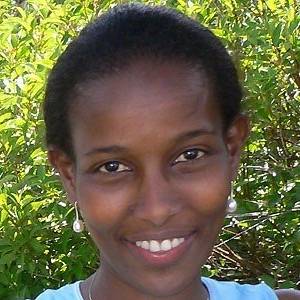 Ayaan Hirsi Ali (; Dutch: [aːˈjaːn ˈɦiːrsi ˈaːli] ; Somali: Ayaan Xirsi Cali: Ayān Ḥirsī 'Alī; born Ayaan Hirsi Magan, 13 November 1969) is a Somali-born Dutch-American activist, feminist, and former politician. She received international attention as a critic of Islam and advocate for the rights and self-determination of Muslim women, actively opposing forced marriage, honor killing, child marriage, and female genital mutilation. She has founded an organisation for the defense of women's rights, the AHA Foundation. Ayaan Hirsi Ali works for the Hoover Institution at Stanford University, the American Enterprise Institute, and was a senior fellow at the Future of Democracy Project at Harvard Kennedy School.In 2003, Hirsi Ali was elected a member of the House of Representatives, the lower house of the States General of the Netherlands, representing the centre-right People's Party for Freedom and Democracy . A political crisis related to the validity of her Dutch citizenship—namely the accusation that she had lied on her application for political asylum—led to her resignation from parliament, and indirectly to the fall of the second Balkenende cabinet in 2006.

Ayaan Hirsi Ali is a Somali-born American activist, writer and feminist. She is known for her extensive work fighting for the rights of Islamic women. Her story is one of perseverance and success against all odds. She grew up in a strict Islamic family and experienced the abuse she so passionately advocates against first-hand. She was a victim of genital mutilation. What makes Ali's stance against Islam so unique is she is the first woman from an Islamic country to publicly denounce and criticize ills related to Islam. Ali gave up her career in Dutch politics to come to the United States, where she produced 3 autobiographies. She also opened a foundation, named after her, that has helped countless Islamic women escape the abuse handed down by their families. Ali continues to periodically write opinion pieces for national newspapers to further the agenda of her foundation.

She married British historian and public commentator Niall Ferguson in 2011. She has a son named Thomas.

She attended Leiden University and went on to become a fellow at the Wiardi Beckman Foundation.

She converted from Islam to atheism, becoming very loudly against the religion for its purported mistreatment of women and she is the founder of the women's rights organisation the AHA Foundation.

Both she and Fazil Say are intellectuals who converted from Islam to atheism.

Ayaan Hirsi Ali's house and car and luxury brand in 2021 is being updated as soon as possible by in4fp.com, You can also click edit to let us know about this information.