Alexander David Bregman is an American professional baseball third baseman and shortstop for the Houston Astros of Major League Baseball .

The Houston Astros took second overall in the 2015 MLB Draft, selecting him as a third baseman/shortstop. In 2017, he assisted the Astros in winning the World Series.

He was raised in Albuquerque, New Mexico by his parents Sam and Jackie. He has two younger siblings named Anthony and Jessica.

He was the first high school sophomore to win the USA Baseball Player of the Year Award at the age of 16. He was a two-time All-American in collegiate baseball for the LSU Tigers. He won the Brooks Wallace Award for finest shortstop in the country as a freshman in 2013.

He signed with the Houston Astros in June 2015, and was assigned to the Quad Cities River Bandits to begin his professional career. He was soon after promoted to the Lancaster JetHawks.

He was selected immediately following Dansby Swanson in the 2015 MLB Draft.

Alex Bregman's house and car and luxury brand in 2021 is being updated as soon as possible by in4fp.com, You can also click edit to let us know about this information.

● Alex Bregman was born on March 30, 1994 (age 28) in Albuquerque, New Mexico, United States ● He is a celebrity baseball player ● He is a member of group Houston Astros (#2 / Third baseman)● He attended Louisiana State University, Albuquerque Academy● Alex Bregman has 2 siblings in His family: A.J.Bregman, Jessica Bregman● His height is 6′ 0″● His salary is 599,000 USD (2018) 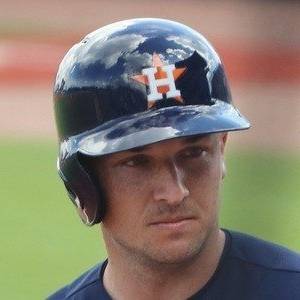