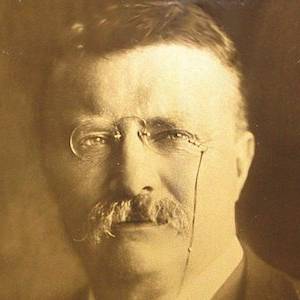 Theodore Roosevelt was one of the most eminent politicians of United States who went on to serve as the 26th President of the country. It would be surprising to know that during his early days, Roosevelt primarily remained sick with asthma attack and chronic illness and was advised to take up desk job to live a healthy and long life. Interestingly, he lived up till 61 years of age and all through remained hyperactive with his political pursuits. Had it not been for his willingness to go beyond the boundaries America would not have had its first ever truly modern President. Roosevelt, during his term in office, changed what it meant to be a President by expanding the power of the presidency, through his proclamations, acts and policies. It was his foresightedness that allowed America to enter the new century with newer vision and greater power. During his rule, the country transformed much, dealing with several issues related to civil rights, racial discrimination and women suffrage. Adorned with two of the highest decorations, Nobel Peace Prize and Congressional Medal of Honor., Roosevelt was one of the most significant leaders of America who changed the face of the nation throughout the world. With this article, learn some more interesting facts about this charismatic and exuberant personality.

His niece was future First Lady of the United States Eleanor Roosevelt. He was married to Alice Hathaway Lee from 1880 to her death in 1884 and married Edith Kermit Carow in 1886. He had six children, named Alice Lee, Theodore, Kermit, Ethel Carow, Archibald Bulloch, and Quentin.

He was involved in the school newspaper, rowing, boxing, and fraternity life while attending Harvard University.

He was the founder of the Bull Moose party, influencing its direction from 1912 to 1916. He detested the nickname Teddy, but it was forever immortalized with the teddy bear, which was named after him.

He was a significant character in artist Don Rosa's award-winning saga The Life and Times of Scrooge McDuck, featuring the Disney character created by Carl Barks.