Shinsuke Nakamura is a Japanese professional wrestler. He is currently signed to WWE, performing on the company's SmackDown brand.

Shinsuke Nakamura is a Japanese pro wrestler and an MMA fighter who is presently signed under the World Wrestling Entertainment and appears on SmackDown. Born and brought up in Kyoto, Japan, Shinsuke got bullied as a kid. His determination to be able to defend himself and love for wrestling programmes on television unknowingly set the course of his future. He started wrestling with New Japan Pro wrestling and wrestled there for 14 years, becoming in process, one of Japan's most loved wrestlers. At the age of 23, he became the youngest wrestler in the IWGP history to become the promotion's Heavyweight champion. He also got his hands on the Intercontinental championship many times, along with the tag team titles at IWGP. In 2014, his success at the New Japan Cup tournament got him in the eyes of American promotions and although he was well trained in MMA, jiu-jitsu and other martial arts, he didn't care about joining UFC, and instead went for WWE. Before becoming the part of main WWE rooster, he was involved in NXT and his success there led him to make his main WWE rooster debut via SmackDown in April 2017.

He married Harumi Maekawa in September of 2007.

He became best known for his time in the New Japan Pro Wrestling league, where he won three IWGP Heavywight Championships, five IWGP Intercontinental Championships and one IWGP Tag Team Championship. He first joined the league in 2002.

He was featured in the Japanese music video of Pharrell's "Happy."

Shinsuke Nakamura's house and car and luxury brand in 2021 is being updated as soon as possible by in4fp.com, You can also click edit to let us know about this information.

WRESTLE WITH ANDY - 1 year ago 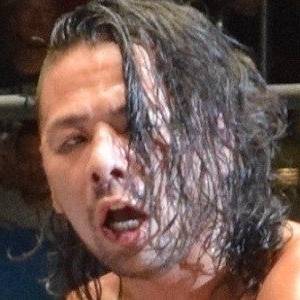