The Undertaker
Wrestler
#702
Most Popular
★ Boost

Mark William Calaway , better known by the ring name The Undertaker is an American retired professional wrestler. Widely regarded as one of the greatest professional wrestlers of all time, Calaway spent the vast majority of his career wrestling for WWF/E, and is best known for his critically acclaimed "Deadman" Undertaker gimmick, for which he was inducted into the WWE Hall of Fame in 2022. Calaway remains employed for WWE through a 15-year contract signed in 2019.Calaway began his career in 1987, working under various gimmicks for World Class Championship Wrestling and other affiliate promotions. He became USWA Unified World Heavyweight Champion and WCWA Texas Heavyweight Champion during this time. After signing with World Championship Wrestling in 1989, he had a brief stint in the mid-card as "Mean" Mark Callous, before joining the World Wrestling Federation in 1990.

The Undertaker is an American professional wrestler who is a four-time WWF/E Champion and a three-time World Heavyweight Champion. Considered to be one of the most popular wrestlers in the world today, he began his wrestling career with World Class Championship Wrestling (WCCW) more than three decades ago. He became associated with the WWE in 1990 and has worked there since then, becoming WWE's longest-tenured performer. Born as Mark William Calaway in Texas, he was a tall and well-built boy who took a special interest in sports. He played basketball for his high school team and also played college basketball while studying at the Texas Wesleyan University. He ventured into wrestling in 1984 and over the next few years adopted a variety of gimmicks and ring names in order to create a successful image for himself. He took the ring name of The Master of Pain in 1989 and eventually started calling himself The Punisher. While working with the World Championship Wrestling (WCW), he adopted the ring name Mean Mark Callous, a name devised for him by Terry Funk. However it was only after joining the WWE that he finally took the identity, The Undertaker”the name that would catapult him to international fame and glory, and make him one of the most popular wrestlers in the world.

He had four older brothers named David, Michael, Paul, and Timothy. He married third wife, former wrestler Michelle McCool, on June 26, 2010. They had a child named Kala Faith Calaway in 2012. He has two daughters from his second marriage.

The Undertaker Before Fame

He played basketball at Waltripp High School and at Texas Wesleyan University.

As a compliment to his WWE persona, the character Kane acted as his half-brother; together they formed the Brothers of Destruction.

The Undertaker's estimated Net Worth, Salary, Income, Cars, Lifestyles & many more details have been updated below. Let's check, How Rich is He in 2021-2022? According to Forbes, Wikipedia, IMDB, and other reputable online sources, The Undertaker has an estimated net worth of $17 Million at the age of 57 years old in year 2022. He has earned most of his wealth from his thriving career as a Wrestler, Actor from United States. It is possible that He makes money from other undiscovered sources

The Undertaker's house and car and luxury brand in 2021 is being updated as soon as possible by in4fp.com, You can also click edit to let us know about this information.

Facts About The Undertaker 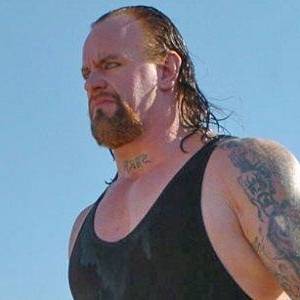