Six-time Gold Glove Award winner and two-time All-Star who spent 16 years in the Major League Baseball, most notably with the Chicago White Sox. He was named manager of the White Sox in 2012.

He had four children with his wife Stephanie.

In his freshman year at Oklahoma State University, he led the country in home runs, RBIs, and total bases.

He was member of the United States baseball team that won a Gold Medal at the 1988 Olympic Games.

Information about His net worth in 2021 is being updated as soon as possible by infofamouspeople.com, You can also click edit to tell us what the Net Worth of the Robin Ventura is

Hall of Fame hurler Nolan Ryan once beaned him and Ventura responded by challenging Nolan to a fight.

Robin Ventura's house and car and luxury brand in 2021 is being updated as soon as possible by in4fp.com, You can also click edit to let us know about this information. 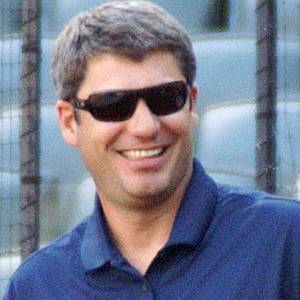