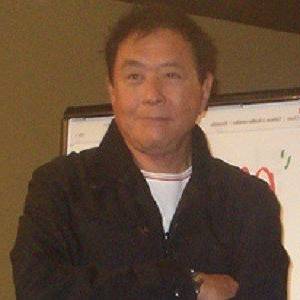 Robert Toru Kiyosaki is an American businessman and author. Kiyosaki is the founder of Rich Global LLC and the Rich Dad Company, a private financial education company that provides personal finance and business education to people through books and videos. The company's main revenues come from franchisees of the Rich Dad seminars that are conducted by independent individuals using Kiyosaki's brand name for a fee. He is also the creator of the Cashflow board and software games to educate adults and children about business and financial concepts.Kiyosaki is the author of more than 26 books, including the international self-published personal finance Rich Dad Poor Dad series of books which has been translated into 51 languages and sold over 41 million copies worldwide. He has been criticized for advocating practices of debatable legality perceived as "get rich quick" philosophy. Kiyosaki is the subject of a class action suit filed by people who attended his seminars and has been the subject of two investigative documentaries by CBC Canada and WTAE USA. Kiyosaki's company, Rich Global LLC, filed for bankruptcy in 2012.

Robert Kiyosaki is a legend who has revolutionized the way people think about money. He is an entrepreneur, investor, author, and motivational speaker by trade, and he is believed to have boldly stated that the reason most people today are failing financially is that they do not know anything about money, despite years of formal education and training. He is the author of the book "Rich Dad, Poor Dad," which has climbed to become the best-selling personal finance book of all time since its release. The book compares his biological father, who was educated but poor, to his imaginary father, who was a college dropout but Hawaii's wealthiest man. This tycoon entrepreneur, who is now a pillar in his own right, had the most humble beginnings. Surprisingly, the man who has become a multi-millionaire by teaching others how to become wealthy was once a failure who had gone bankrupt twice with his business operations. He, on the other hand, did not succumb to the slide and instead began educating others how to avoid becoming poor and making poor financial decisions.

During the Vietnam War, he served in the Marine Corps as a helicopter gunship pilot.

He is known for supporting the use of games like Monopoly to learn about investment strategies.

He has given financial advice on many popular TV programs, including The Oprah Winfrey Show.

Robert Kiyosaki's house and car and luxury brand in 2021 is being updated as soon as possible by in4fp.com, You can also click edit to let us know about this information.