Steven Paul Jobs was an American entrepreneur, inventor, business magnate, media proprietor, and investor. He was the co-founder, the chairman, and CEO of Apple; the chairman and majority shareholder of Pixar; a member of The Walt Disney Company's board of directors following its acquisition of Pixar; and the founder, chairman, and CEO of NeXT. He is widely recognized as a pioneer of the personal computer revolution of the 1970s and 1980s, along with his early business partner and fellow Apple co-founder Steve Wozniak.

Popularly known as the ˜Father of the Digital World', Steve Jobs was and still continues to remain the legendary, futurist visionary who created a sensation across the globe with his personal computer revolution! Not the one to be satisfied with a single achievement, he moved on to make history in the world of consumer electronics with his foray into the music and cellular industry. The founder of Apple Inc, Pixar Animation Studios and NeXT Inc, Jobs gave information technology its life and blood. A master of innovation, he was known for his perfectionist attitude and futuristic vision. He foresaw trend in the field of information technology and worked hard to embrace the same in his line of products. With about 346 US patents by his side, Steve Jobs created a revolution in his field with his novel ideas and unique concepts. During his years at the Apple, he administered the development of the iMac, iTunes, iPod, iPhone, and iPad. He was the mastermind behind the working of the company's Apple Retail Stores, iTunes Store and the App Store. Interestingly, with so much to fall back upon, it is quite amusing to know that this legendary innovator was not much educated, in fact a college dropout. To further equip yourself with interesting details of this revolutionary man, scroll further.

He married Laurene Powell on March 18, 1991 and he had four children: Lisa, Erin, Eve and Reed.

He spent one summer picking Macintosh apples, which was how his company's name originated.

His official cause of death was respiratory arrest but medical experts believed this was linked to his pancreas tumor.

His parents gave him up for adoption. Ten months later, they had a daughter who later became novelist Mona Simpson. 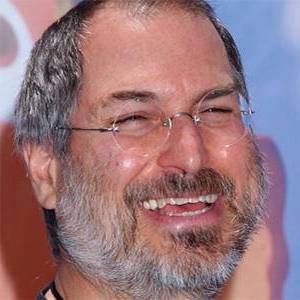