Elon Reeve Musk is a business magnate and investor. He is the founder, CEO, and Chief Engineer at SpaceX; angel investor, CEO, and Product Architect of Tesla, Inc.; founder of The Boring Company; and co-founder of Neuralink and OpenAI. With an estimated net worth of around US$203 billion as of June 2022, Musk is the wealthiest person in the world according to both the Bloomberg Billionaires Index and the Forbes real-time billionaires list.Musk was born to White South African parents in Pretoria, where he grew up. He briefly attended the University of Pretoria before moving to Canada at age 17, acquiring citizenship through his Canadian-born mother. He matriculated at Queen's University and transferred to the University of Pennsylvania two years later, where he received bachelor's degrees in Economics and Physics. He moved to California in 1995 to attend Stanford University but decided instead to pursue a business career, co-founding the web software company Zip2 with his brother Kimbal. The startup was acquired by Compaq for $307 million in 1999. The same year, Musk co-founded online bank X.com, which merged with Confinity in 2000 to form PayPal. The company was bought by eBay in 2002 for $1.5 billion.

Elon Musk is regarded as one of the greatest and most prolific modern innovators, having made significant contributions to fields such as renewable energy and space flight. Many of his inventions appear to be straight out of a science-fiction film, yet he has been responsible for major scientific advancements throughout his career. After making his first fortune through the internet payment service PayPal, Musk invested $100 million in his space travel company, SpaceX, and began developing satellites, launch vehicles, and other spacecraft for NASA as well as his own company, setting new records with his privately funded spacecraft. Many of his groundbreaking ideas and innovations are centered on space flight, renewable energy, commercial electric automobiles, and other technologies that anticipate a future where fossil fuels and other resources may be scarce. His futuristic and imaginative ideas have earned him attention and prizes from both the scientific and charitable communities. He is sometimes portrayed in popular culture as a type of real-life super hero committed to finding global answers to global issues. Musk is looking ahead, hoping for intelligent life elsewhere in the cosmos and continuing to build far-reaching futuristic ambitions like a human colony on Mars. Scroll down to learn everything there is to know about this great figure.

His brother Kimbal and sister Tosca were CEOs of OneRiot and Musk Entertainment, respectively. In 2000 he married Justine Wilson and after having six sons the couple divorced in 2008. He and actress Talulah Riley were married two separate times. In 2017, he briefly dated actress Amber Heard . Then in 2018, he began dating singer Grimes .

He graduated from the University of Pennsylvania's Wharton School with degrees in economics and physics.

He became a naturalized American citizen in 2002.

Elon Musk's estimated Net Worth, Salary, Income, Cars, Lifestyles & many more details have been updated below. Let's check, How Rich is He in 2021-2022? According to Forbes, Wikipedia, IMDB, and other reputable online sources, Elon Musk has an estimated net worth of $198 Billion at the age of 51 years old in year 2022. He has earned most of his wealth from his thriving career as a Aerospace Engineer, Engineer, Entrepreneur, Investor, Designer, Businessperson, Inventor, Film Producer from South Africa. It is possible that He makes money from other undiscovered sources Reliable sources show that his annual salary is about $0

He was the inspiration for director Jon Favreau 's take on classic comic book character Tony Stark in the Iron Man film franchise.

Elon Musk's house and car and luxury brand in 2021 is being updated as soon as possible by in4fp.com, You can also click edit to let us know about this information.

About Elon Musk - 2 years ago

Elon Musk: The Story of How He Became an Entrepreneur in his Early 20s

Elon Musk on How To Start A Business 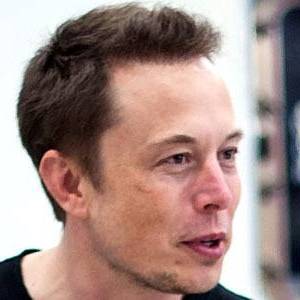