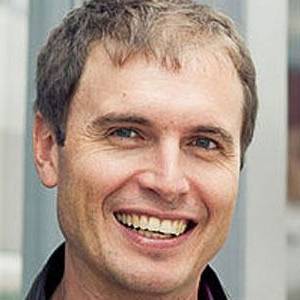 Kimbal Reeve Musk is a South African restaurateur, chef, and entrepreneur. He owns The Kitchen Restaurant Group, a collection of “community” restaurants located in Colorado, Chicago, and Indianapolis. He is the co-founder and chairman of Big Green, a 501nonprofit that has built hundreds of outdoor classrooms called "Learning Gardens" in schoolyards across America. Musk is also the co-founder and chairman of Square Roots, an urban farming company in Brooklyn, New York City, growing food in hydroponic, indoor, climate controlled shipping containers. Musk currently sits on the boards of Tesla Inc. and SpaceX, of both of which his brother Elon is the current CEO. He was on the board of Chipotle Mexican Grill from 2013 to 2019. He is the brother of Elon Musk and Tosca Musk, son of Errol and Maye Musk, and a major shareholder in Tesla.In 1995, he co-founded software company Zip2 with his brother Elon, which was acquired by Compaq for $307 million in 1999.

Kimbal Musk is a businessman, venture capitalist, philanthropist, environmentalist, and restaurateur who was born in South Africa. Elon Musk, the co-founder and CEO of Tesla Inc., is his younger brother. Musk began his career at Scotiabank and is widely regarded as a worldwide social entrepreneur for his attempts to create an America where everyone has access to real food. In 1995, he and Elon founded Zip2, a company that provides online city guides. It proved to be an extremely profitable venture, and he eventually established himself as a successful software and technological investor. He began attending the French Culinary School in New York in the early 2000s, marking a new chapter in his career. After graduating, he and four other investors opened The Kitchen Boulder, an award-winning restaurant in Boulder, Colorado. He was also a co-founder of Square Roots, a farming accelerator for urban communities, and The Kitchen Community, a 501(c)3 non-profit that has set up multiple outdoor classrooms called Learning Gardens in schoolyards around the US. He is the current owner of The Kitchen Cafe, LLC, a chain of community eateries with locations across rural America, as well as a member of the Tesla Inc., SpaceX, and Chipotle Mexican Grill boards of directors. Musk, the 2017 Social Entrepreneur of the Year Award winner, is widely regarded as the father of the modern food movement.

He used to build computers for fun when he was younger.

He was an early investor of his brother's business venture X.com, which later became PayPal.

Kimbal Musk's estimated Net Worth, Salary, Income, Cars, Lifestyles & many more details have been updated below. Let's check, How Rich is He in 2021-2022? According to Forbes, Wikipedia, IMDB, and other reputable online sources, Kimbal Musk has an estimated net worth of $500 Million at the age of 49 years old in year 2022. He has earned most of his wealth from his thriving career as a Chef from South Africa. It is possible that He makes money from other undiscovered sources

Kimbal Musk's house and car and luxury brand in 2021 is being updated as soon as possible by in4fp.com, You can also click edit to let us know about this information.