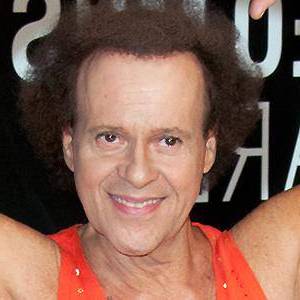 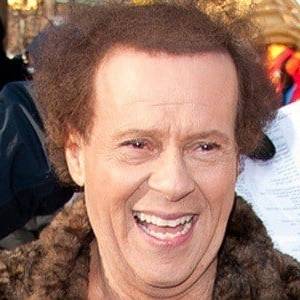 Milton Teagle "Richard" Simmons is an American fitness personality and public figure, known for his eccentric, flamboyant, and energetic personality. He has promoted weight-loss programs, most prominently through his Sweatin' to the Oldies line of aerobics videos.

Richard Simmons is a fitness personality who is known for his enthusiastic and somewhat unconventional attitude as well as his workout programs and videos. He is an unusual celebrity who came to stardom with his own show, The Richard Simmons Show, and his unique looks mixed with a flashy style of speech. Simmons primarily targets those who are overweight and encourages them to lose weight in a healthy way. He knows all too well the problems of being overweight, having grown up as an obese child. In a rush to lose weight, he did it in an unhealthy manner, losing a lot of hair in the process. This incidence inspired him to advise others to lose weight in a healthy, gradual manner so that no other negative side effects occur. He was disgusted by people's diet fads and harmful routines, which resulted in their enormous weight gain. To make matters worse, most gyms in his earlier days catered to the already-fit, rather than the obese who really needed them. So he opened Slimmons in Beverly Hills, a gym built just for obese individuals. The gym's creative nature drew media attention, and he became something of a celebrity as a result.

He lived with three Dalmatians and two maids in his Beverly Hills mansion. He never discussed his sexual orientation, although the press loved to speculate about it.

He worked as a salesperson, a waiter, and a publicist. His weight-loss career began when he launched the Slimmons gym in Beverly Hills.

His trademark outfit was bedazzled tank tops and Dolphin shorts. He supported non-competitive physical education in public schools through the No Child Left Behind reform bill.

He was often interviewed and parodied by David Letterman , whom he would later call standoffish.

Richard Simmons's house and car and luxury brand in 2021 is being updated as soon as possible by in4fp.com, You can also click edit to let us know about this information.

Are You A Cookie Monster? | The Best of "Day By Day" by Richard Simmons Part 3

● Richard Simmons was born on July 12, 1948 (age 74) in New Orleans, Louisiana, United States ● He is a celebrity entrepreneur ● He joined movies and tvshows named Sweatin' to the Oldies: Vol. 2 (1990), Rudolph the Red‑Nos... (1998), Hercules: Zero to Hero (1999) and Richard Simmons' Dream M ● He attended Brother Martin High School, University of Louisiana at Lafayette, Florida State University● The parents of Richard Simmons are Leonard Douglas Simmons, Shirley May Simmons● Richard Simmons has 1 sibling in His family: Lenny Simmons● His height is 5ft 6 ½ (169cm)● You can find His website below: http://www.richardsimmons.com/ 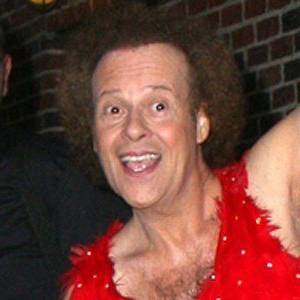