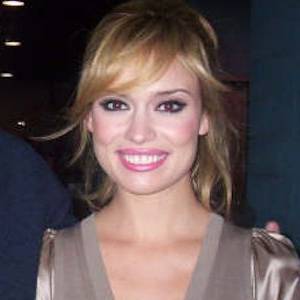 She is a Spanish actress, model, and television host who has hosted the programmes El Informal and Sé lo que Hicisteis. She also portrayed Loly on the TV show Gym Tony.

She began modeling at the age of 14 and represented Palencia in the Miss Spain pageant in 1999. That same year, she began working at El Informal.

She provided the Spanish dub for Lucy Wilde in Despicable Me 2 and has appeared in a theatre production of Los 39 Escalones.

She and Berta Collado worked together on Sé lo que Hicisteis.

Patricia Conde's house and car and luxury brand in 2021 is being updated as soon as possible by in4fp.com, You can also click edit to let us know about this information.