Andrea Espada is a Colombian television presenter, actress, Instagrammer, YouTube star and social media influencer. She has become famous for hosting ˜UFC Now'. Born and raised in Colombia, Espada has always harboured aspirations of becoming a television personality. After graduating from college, she moved to the United States to pursue her dream of success in the entertainment industry. In 2009, Espada began her career by appearing in the short film ˜Jack the Reaper'. She also worked as a member of the production crew of the horror film ˜City of Dead Men'. Espada served as the host of the game show ˜Estrella TV presenta: Esto es Guerra' in 2013. Her tenure as the host of ˜UFC Now' began in 2016. She is very popular on various platforms of social media. She has more than six million followers on Instagram, more than 320 thousand followers on Twitter, and over five million followers on Facebook. Furthermore, she has accumulated about 240 thousand subscribers on YouTube. Espada is also a successful entrepreneur and runs her own clothing and fashion apparel brand named By Drea.

She has a son who is known on social media as Ferran The Fashion King. She's featured her boyfriend, who's known as 4K PAPI, on her social media.

She moved from Colombia to the United States to chase her dream of making it in the entertainment business.

She served as the host of the game show Estrella TV Presenta: Esto es Guerra for its only season.

She has made Instagram videos with several social media stars including King Bach and Danielle Cohn.

Andrea Espada's house and car and luxury brand in 2021 is being updated as soon as possible by in4fp.com, You can also click edit to let us know about this information. 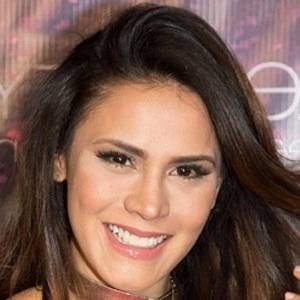