RuPaul Charles is perhaps the most famous drag queen in the US. Known for his cross-dressing personality, RuPaul has been in the entertainment industry since the 1980s. He is an actor, producer, model, singer, songwriter, and author. He is most famous for hosting the reality competition show ˜RuPaul's Drag Race,' which is still going strong and has welcomed various spin-offs, such as ˜RuPaul's Drag U' and ˜RuPaul's Drag Race: All Stars.' He has won two ˜Emmy Awards' for the show in 2016 and 2017. He also hosted ˜The RuPaul Show' on ˜Vh1.' The show ran for more than a hundred episodes. He has interviewed celebrity guests such as Diana Ross, Mary J. Blige, Bea Arthur, and the ˜Backstreet Boys.' RuPaul became an international personality after the release of his debut single ˜Supermodel (You Better Work)' from his debut album ˜Supermodel of the World' (1993). His other notable albums are ˜Foxy Lady' (1996), ˜Champion' (2009), ˜Glamazon' (2011), ˜Born Naked (2014)', and ˜American' (2017). He is an intense supporter of LGBT rights. He has also been named as one of the hundred most influential people of 2017 by ˜Time' magazine.

He grew up with his mother and three sisters in San Diego, California. He married his longterm partner Georges LeBar.

He has worked as an underground musician and filmmaker long before he received acclaim for his flamboyant character.

A drag Queen singer-songwriter, he wrote and performed the 2009 song "Jealous Of My Boogie."

He had his biggest hit with the remake of "Don't Go Breaking My Heart," with Elton John.

RuPaul's house and car and luxury brand in 2021 is being updated as soon as possible by in4fp.com, You can also click edit to let us know about this information. 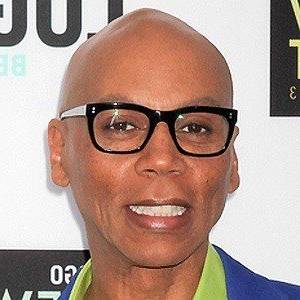