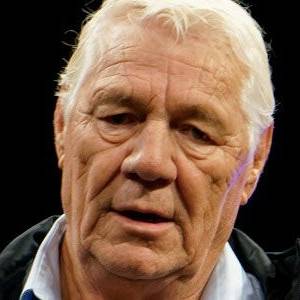 Pat Patterson was a Canadian–American professional wrestler and producer, widely known for his long tenure in the professional wrestling promotion WWE, first as a wrestler, then as a creative consultant and producer. He is recognized by the company as their first Intercontinental Champion and creator of the Royal Rumble match. Patterson was inducted into the WWF Hall of Fame as part of the class of 1996.

Former Canadian wrestler who was the first-ever Intercontinental Champion and a multiple-time World Wrestling Federation Champion. Later, he worked as a creative consultant for the WWF, and in 1996, he was inducted into the WWF Hall of Fame.

He publicly came out as gay in the early 70's. His longtime partner Louis Dondero died of a heart attack following a 40-year relationship.

In Montreal in 1958, he made his debut as the effeminate character "Pretty Boy" Pat Patterson.

His Alley Fight against Sgt. Slaughter was named Match of the Year by Wrestling Observer Newsletter in 1981.