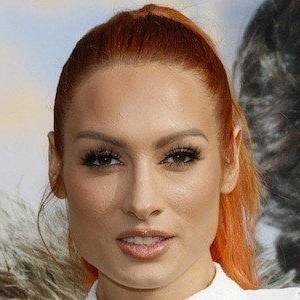 Rebecca Quin is an Irish professional wrestler and actress. She is signed to WWE under the ring name Becky Lynch where she performs on the Raw brand. Lynch is one of WWE's most recognizable and highest paid wrestlers. Twitter named her sixth on their list of Top Female Athletes Worldwide in 2019.Quin began training as a professional wrestler in 2002. Initially working in Ireland, and occasionally teaming with her brother using the ring name Rebecca Knox, she soon began wrestling across Europe and North America on the independent circuit for various promotions. She most notably competed in Elite Canadian Championship Wrestling and became the inaugural SuperGirls Champion in 2005. In 2006, Quin had a severe head injury during a match which kept her away from wrestling for several years. She returned 2012 and signed a contract with WWE in 2013, assigned to the developmental territory at NXT. Following her push to WWE's main roster, she became the inaugural SmackDown Women's Champion at Backlash 2016 and has held the title four times.

Becky Lynch is the ring name of Irish professional wrestler and actor Rebecca Quin. She is presently signed to ˜WWE' and is a two times ˜SmackDown Women's Champion.' Born and raised in Ireland, she along with her brother got interested in wrestling since childhood. Starting with Ireland, she travelled the world participating in various championships. Her unique wrestling skills, resilience and determination made her ˜World Queens of Champion' and ˜SuperGirl Wrestling Champion.' Before signing with ˜WWE,' she wrestled on independent circuit under the ring name ˜Rebecca Knox,' but an injury suffered during a ˜German Stampede' match resulted in a career set-back. During this time she performed in a number of plays and later joined ˜NXT' in 2013. Quin won the inaugural crown of ˜SmackDown Women's Champion' at ˜Backlash 2016' by winning ˜Six-pack Elimination Challenge.' She achieved a record by winning the same title for the second time in September 2018.

Her brother is also a professional wrestler and performs under the ring name Gonzo de Mondo. In 2016, she began a relationship with MMA fighter Luke Sanders.

She competed in sports like swimming and basketball as a child and earned a brown belt in submission wrestling.

She nearly retired from professional wrestling in 2006 after suffering damage to her eighth cranial nerve. She eventually returned to the industry as a manger in the Shimmer Women Athletes promotion in 2011.

Becky Lynch's estimated Net Worth, Salary, Income, Cars, Lifestyles & many more details have been updated below. Let's check, How Rich is She in 2021-2022? According to Forbes, Wikipedia, IMDB, and other reputable online sources, Becky Lynch has an estimated net worth of $4 Million at the age of 35 years old in year 2022. She has earned most of her wealth from her thriving career as a Professional wrestler from Ireland. It is possible that She makes money from other undiscovered sources

She defeated Summer Rae in a June 2014 episode of WWE NXT.

Becky Lynch's house and car and luxury brand in 2021 is being updated as soon as possible by in4fp.com, You can also click edit to let us know about this information. 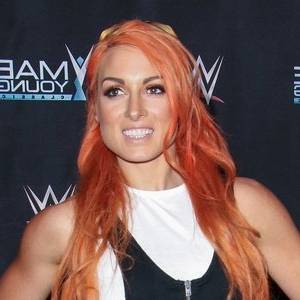