Stanley Kirk Burrell , better known by his stage name MC Hammer , is an American rapper and dancer. He is one of the most significant rappers, and dancers of all time. Hammer was also a huge figure in the 80's and 90's. Hammer is known for hit songs such as "U Can't Touch This" and "2 Legit 2 Quit", flashy dance movements, extravagant choreography and eponymous Hammer pants. Remembered for his rapid rise to fame, he has also been an entrepreneur and celebrity spokesperson.A multi-award winner, Hammer is considered a "forefather" and pioneering innovator of pop rap , and is the first hip hop artist to achieve diamond status for an album. After being labeled a sellout, and with the changing landscape of hip hop music, Hammer attempted to appeal to the rise of gangsta rap. However, due to overexposure and critical backlash, Hammer's popularity waned by the mid-1990s .Along with a Mattel doll and other merchandise, Hammer starred in a Saturday-morning cartoon called Hammerman in 1991. He became an ordained preacher during the late 1990s and hosted M.C. Hammer and Friends, a Christian ministry program on TBN. Hammer was also a dance judge on Dance Fever in 2003, was the co-creator of the dance website DanceJam.com, and was executive producer of his own reality show titled Hammertime .Throughout his career, Hammer has managed his own recording business as a record label CEO. As a result, he has created and produced his own acts/music including: Ho Frat Hoo!, Oaktown's 3.5.7, Special Generation, Analise, DRS, B Angie B, Gentry Kozia and Oakland Fight Club. A part of additional record labels, he has associated, collaborated and recorded with: Psy, VMF, Tupac Shakur, Teddy Riley, Felton Pilate, Tha Dogg Pound, The Whole 9, The Hines Brother, Deion Sanders, Big Daddy Kane, BeBe & CeCe Winans and Jon Gibson. Hammer signed with Suge Knight's Death Row Records in 1995.BET ranked Hammer as the No. 7 "Best Dancer Of All Time". Vibe's "The Best Rapper Ever Tournament" declared him the 17th favorite of all-time during the first round. Hammer continues to perform concerts at music venues and appears in television advertisements, along with participating in social media and ministry/outreach functions. He's also active in community and sports activities, being interviewed locally and nationally.

MC Hammer (born Stanley Kirk Burrell) is an award-winning American hip-hop singer, performer, record producer, and entrepreneur. 'U Can't Touch This,' his most successful track, is his most well-known. He is well known for the song "Hammer Pants," which he popularized through his hip-hop dancing. He was born and raised in California, where he had financial hardships as a child. He tried out for a professional baseball team but did not make it. Hammer spent three years in the US Navy before embarking on a career in music, beginning with club appearances. Feel My Power, his debut album, was a critical and commercial triumph. Please Hammer, Don't Hurt 'Em was his second studio album, and it was a huge hit. He continued to make music, but his subsequent albums were not as successful. Hammer is regarded as a pop-rap pioneer. He had a meteoric ascent to fame and fortune in the 1980s, but he rapidly lost it all in the late 1990s. He is married to Stephanie and they have five children together.

He got married to Stephanie Fuller on December 21, 1985 and they had 5 children together.

After noticing a likeness to Hammerin' Hank Aaron, Reggie Jackson gave him his stage name.

He was the first hip-hop artist to have a Diamond selling album.

MC Hammer's estimated Net Worth, Salary, Income, Cars, Lifestyles & many more details have been updated below. Let's check, How Rich is He in 2021-2022? According to Forbes, Wikipedia, IMDB, and other reputable online sources, MC Hammer has an estimated net worth of $2 Million at the age of 60 years old in year 2022. He has earned most of his wealth from his thriving career as a Preacher, Entrepreneur, Actor, Musician, Songwriter, Rapper, Singer, Choreographer, Dancer, Entertainer from United States. It is possible that He makes money from other undiscovered sources

He was good friends with fellow rap icon Tupac Shakur . Both rappers were signed to Death Row Records and MC Hammer was in Las Vegas with Tupac on the night of his tragic death.

MC Hammer's house and car and luxury brand in 2021 is being updated as soon as possible by in4fp.com, You can also click edit to let us know about this information. 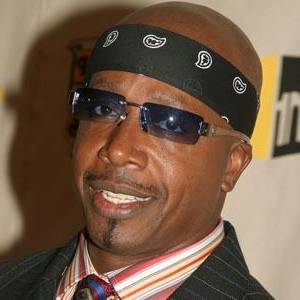