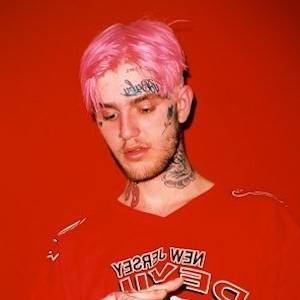 Gustav Elijah Åhr , known professionally as Lil Peep , was a Swedish-American rapper, singer, and songwriter. He was a member of the emo rap collective GothBoiClique. Helping pioneer an emo revival-style of rap and rock music, Lil Peep has been credited as a leading figure of the mid–late 2010s emo rap scene and came to be an inspiration to outcasts and youth subcultures.Born in Allentown, Pennsylvania to an American mother and a Swedish father and raised on Long Island, Åhr started releasing music on SoundCloud in 2013 under the name "Trap Goose", later changing his artist name to Lil Peep because his mother had called him "Peep" since he was a baby. He soon became popular on the platform with the release of his 2015 single "Star Shopping" and his popularity grew further with his release of mixtapes Lil Peep; Part One and Live Forever later that year. In 2016, Lil Peep released his widely acclaimed mixtapes Crybaby and Hellboy, along with many other projects including California Girls and Vertigo.

He was a rapper whose songs veered toward the dismal issues of despair and addiction, and he was most known for his digitally distributed releases Hellboy and Live Forever. In 2016, he co-founded the GOTHBOICLIQUE with Lil Tracy.

His real name was Gustav Åhr. He was originally from Long Island, New York, but he grew up in Long Beach, New York. His mother's name is Liza Womack . He died of an overdose at the age of 21.

He developed a strong social media presence on Instagram with over 850,000 followers. His manager broke the news of his passing on Twitter under the user name @RealChaseOrtega.

He recorded songs that were produced by DJ Smokey .