Innovative, frightening compositions by an early twentieth-century experimental musician. He was a strong supporter of avant-garde composers.

He died when he was 108 and was survived by a daughter, a son, five grandchildren, and four great-grandchildren.

He was the first composer to make extensive use of the tone cluster. "Wild Men's Dance," dated 1913-14, is a good example of this.

He abandoned his fame and disappeared in the mid-1920s, but continued writing, only to come back in the 1970s. His final piano sonata was published when he was 97.

He began making piano rolls for the Ampico label after leaving his concert career, recording such composers as Frederic Chopin, Robert Schumann, and Franz Liszt . 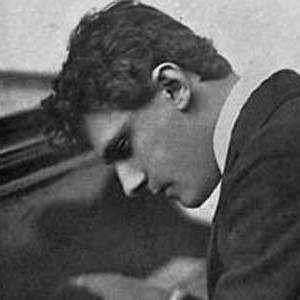