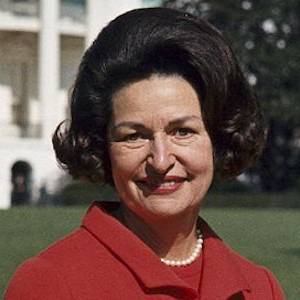 Claudia Alta Taylor famously known as Lady Bird Johnson was the First Lady of the United States from 1963 to 1969. Her husband Lyndon B. Johnson was the thirty sixth President of the United States. She was an environmentalist and actively participated in several projects to beautify Washington, D.C., other cities and national highways. She was a well educated lady of her time and an able manager and investor. She tactfully utilized a moderate inheritance during the congressional campaign of her husband Lyndon B. Johnson. She managed her husband's office while he enlisted in the navy during the Second World War. Lady Bird Johnson owned a radio station and a TV station which ran successfully helping the Johnsons become millionaires. As a First Lady, she made cutting-edge moves including recruiting her press secretary, employing staff exclusively in the East wing to work on projects of First Lady, communicating directly with the Congress and touring alone for electioneering. She received two of the highest civilian honours of the United States - the ˜Congressional Gold Medal' and the ˜Presidential Gold Medal'. Her book, ˜A White House Diary' contains record of her activities as the First Lady.

She married President Lyndon B. Johnson in November 1934 after he proposed on their first date. They had two daughters, Lynda and Luci.

Her birth name was Claudia Alta Taylor. She received a BA in Journalism from University of Texas in 1934.

She was awarded the Presidential Medal of Freedom by Gerald Ford on January 10, 1977 for her work with the federal government.

Information about Lady Bird Johnson’s net worth in 2021 is being updated as soon as possible by infofamouspeople.com, You can also click edit to tell us what the Net Worth of the Lady Bird Johnson is

After the death of her husband, Lyndon B. Johnson, she became involved in the Town Lake Beautification Project in Austin, Texas. 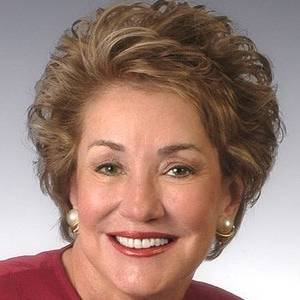