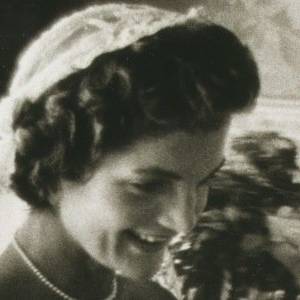 Former First Lady of the United States and widow of President John F. Kennedy, who was seen throughout the world as a symbol of American style, elegance, and grace. The image of her in a pink Chanel suit and matching pillbox hat in the aftermath of her husband's assassination is one of the most iconic images in American history.

She married John F. Kennedy in September of 1953 and had three children with him named Caroline, John F. Jr., and Patrick.

She was very passionate about horseback riding when she was young and graduated from George Washington University in 1951 with a Bachelor of Arts degree in French literature.

On October 20, 1968, she married Aristotle Onassis, a Greek shipping magnate, who was able to give her and her children the privacy and security she sought in the aftermath of Robert F. Kennedy's assassination.