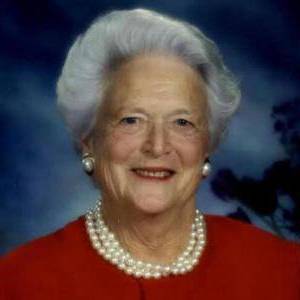 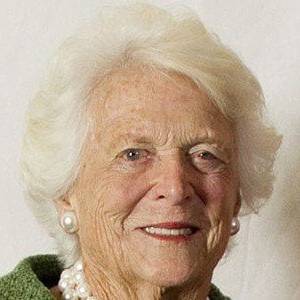 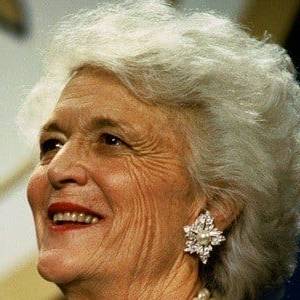 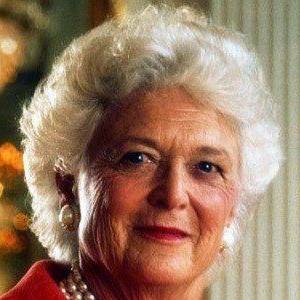 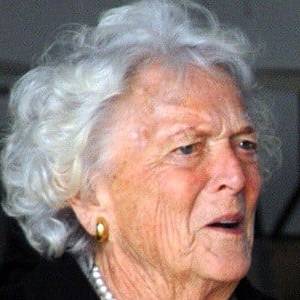 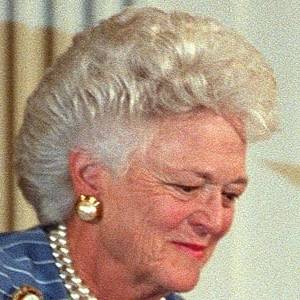 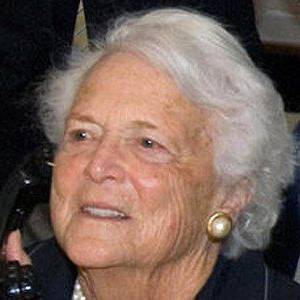 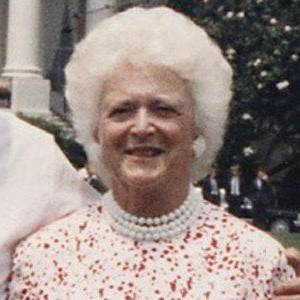 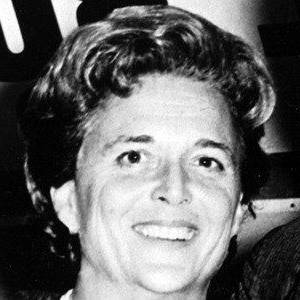 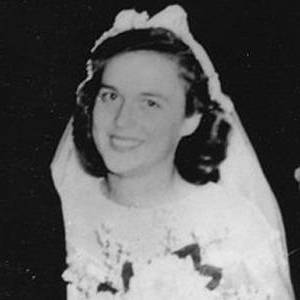 Barbara Pierce Bush (June 8, 1925 – April 17, 2018) was the first lady of the United States from 1989 to 1993 as the wife of President George H. W. Bush, and the founder of the Barbara Bush Foundation for Family Literacy. She previously was the second lady of the United States from 1981 to 1989. Among her six children are George W. Bush, the 43rd president of the United States, and Jeb Bush, the 43rd governor of Florida. She and Abigail Adams are the only two women to be the wife of one U.S. president and the mother of another.Barbara Pierce was born in Manhattan, New York City. She met George Herbert Walker Bush at the age of sixteen, and the two married in Rye, New York in 1945, while he was on leave during his deployment as a Naval officer in World War II. They moved to Texas in 1948, where George later began his political career.

Barbara Bush was the wife of the 41st President of the United States, George H. W. Bush, and the mother of the 43rd President, George W. Bush. She served as the First Lady of the United States from 1989 to 1993, and was the Second Lady of the United States from 1981 to 1989. She is one of the only two women to be both a wife and a mother to a president of the United States, the other one being Abigail Adams. Born into a well-to-do family in New York City, she grew up to be an athletic and smart young girl with a keen interest in reading. She met her future husband, George Herbert Walker Bush, when she was just 16 and married him a few years later while he was serving as a naval officer in World War II. She fully supported her husband's career when he eventually moved into politics and became involved in advancing social causes like universal literacy. While serving as the First Lady she founded the Barbara Bush Foundation for Family Literacy and continued promoting this cause even after leaving the White House. Along with her involvement in the foundation, she also served on the Boards of AmeriCares and the Mayo Clinic.

Her son Jeb was the forty-third Governor of Florida. She also had children named Neil, Dorothy, Marvin and Robin.

She was athletic growing up, participating in swimming, tennis, and cycling. She met her husband when she was sixteen during a dance over Christmas vacation

She became engaged to George after a year-and-a-half of dating, just before he went off to World War II as a Navy torpedo bomber pilot.

She was interview by Larry King in 2010. 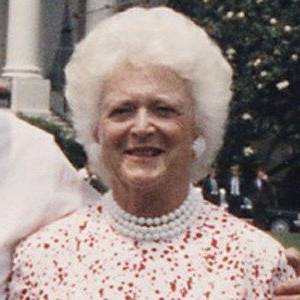